Drawing on traditional notions of exchange, SWOP SHOP is not a platform where money changes hands, but rather objects, skills and ideas are swapped. The items that are in the “shop” will be objects, images, assemblages and zines made by students from Birmingham School of Art.

SWOP SHOP initially existed over a four-day period at Tate Liverpool and the objects were viewed online before the show. For the first two days, the shop was open for browsing and on the 30 June people were invited to come in with objects to swap for one of the objects in the shop. 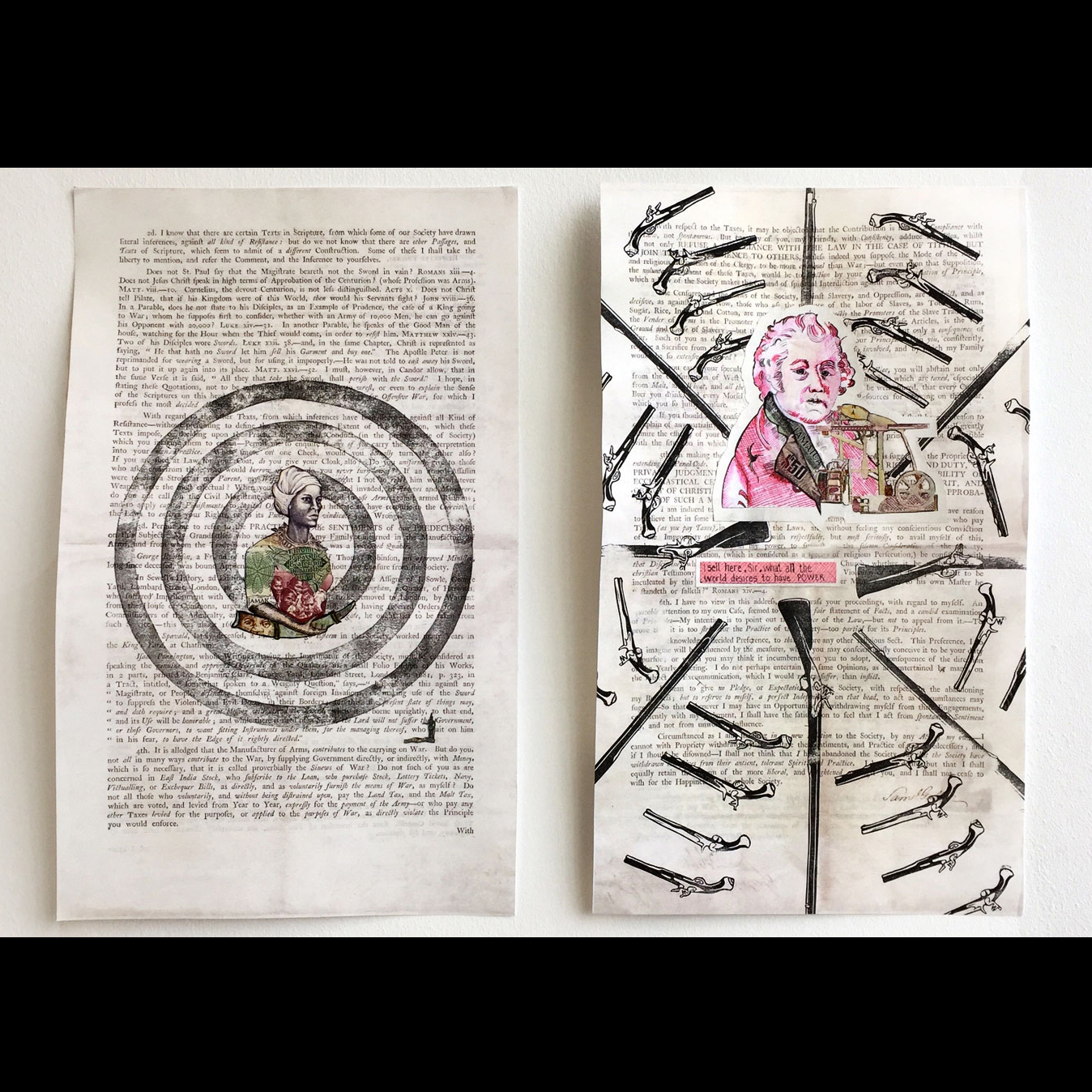 As a consequence of the black studies course material and in collaboration with luke sewell, our art object All The Produce of The Land showed at Tate Liverpool Swop Shop exchange programme. The project was programmed by Birmingham City University, a Tate Exchange Associate, with support from Selfridges.

“All the Produce of the Land is an art object which interrogates the manufacture of guns and money, how the two are so strongly linked, particularly in Birmingham, and the role Birmingham-made guns played in the trafficking of humans from West Africa to the Caribbean.
The work features Samuel Galton Jnr’s defence of his gun making business before the Quaker Society of Friends – a self-serving excuse which unexpectedly highlighted a much wider complicity in systemic oppression throughout society. Also featured are two characters on our money – Matthew Boulton, Galton’s associate who minted money for over half the world, and Queen Nanny of the Maroons, an Ashanti woman who led a slave revolt against the British and became a Jamaican national hero.
All the Produce of the Land was on display at Tate Liverpool from 28th July – 1st July 2018 as part of Tate Swop Shop an art event aimed at exploring notions of value and exchange.“ 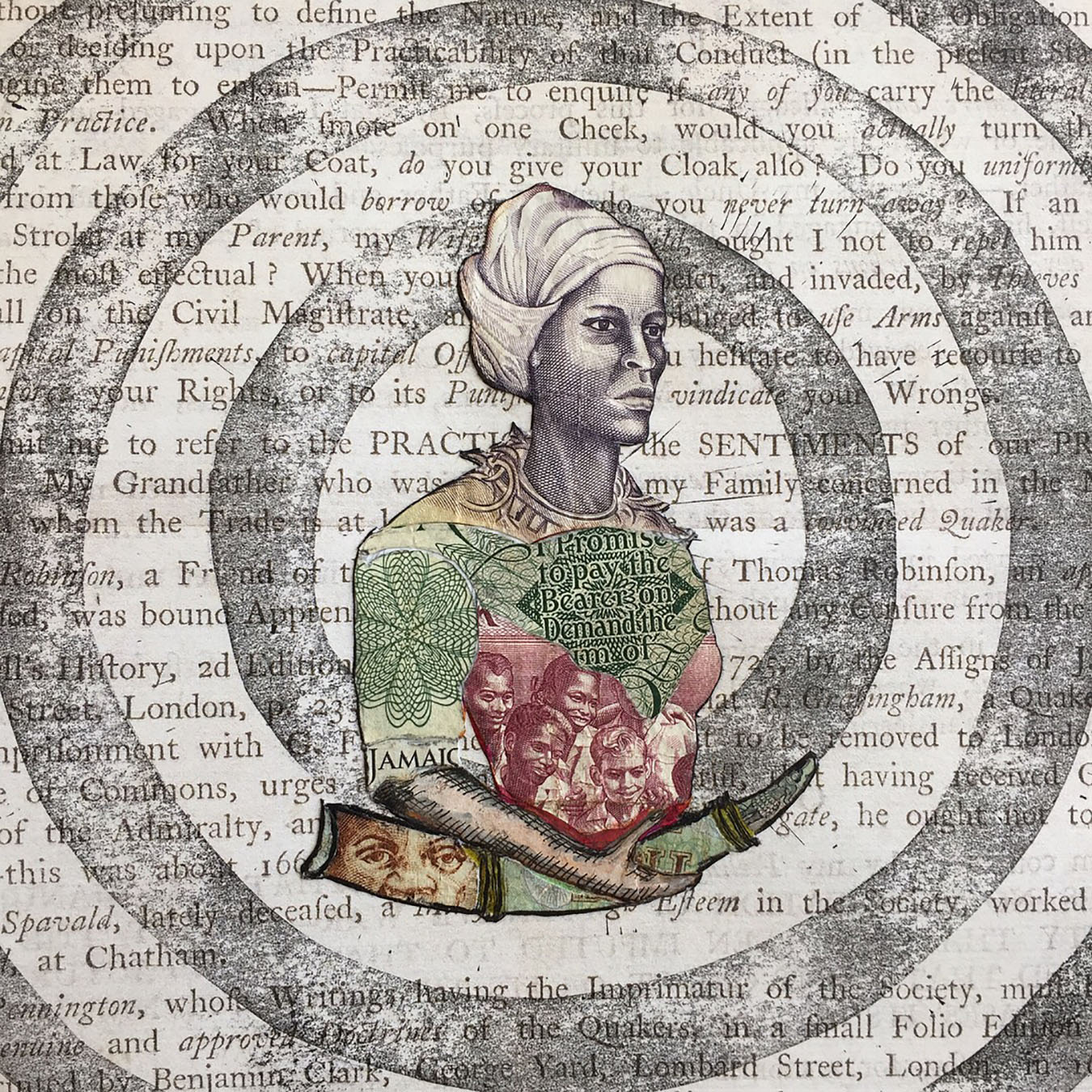 All the Produce of the Land

"Queen Nanny was born into the Ashanti people of West Africa in the 1680s. Trafficked to Jamaica, she escaped from slavery and led the Jamaican Maroons in an armed rebellion against the island’s plantation owners.

Linocut and collage.
Adinkra are a series of Ashanti symbols. Adinkrahene, a series of three concentric circles, is the chief of the adinkra, representing greatness and leadership. 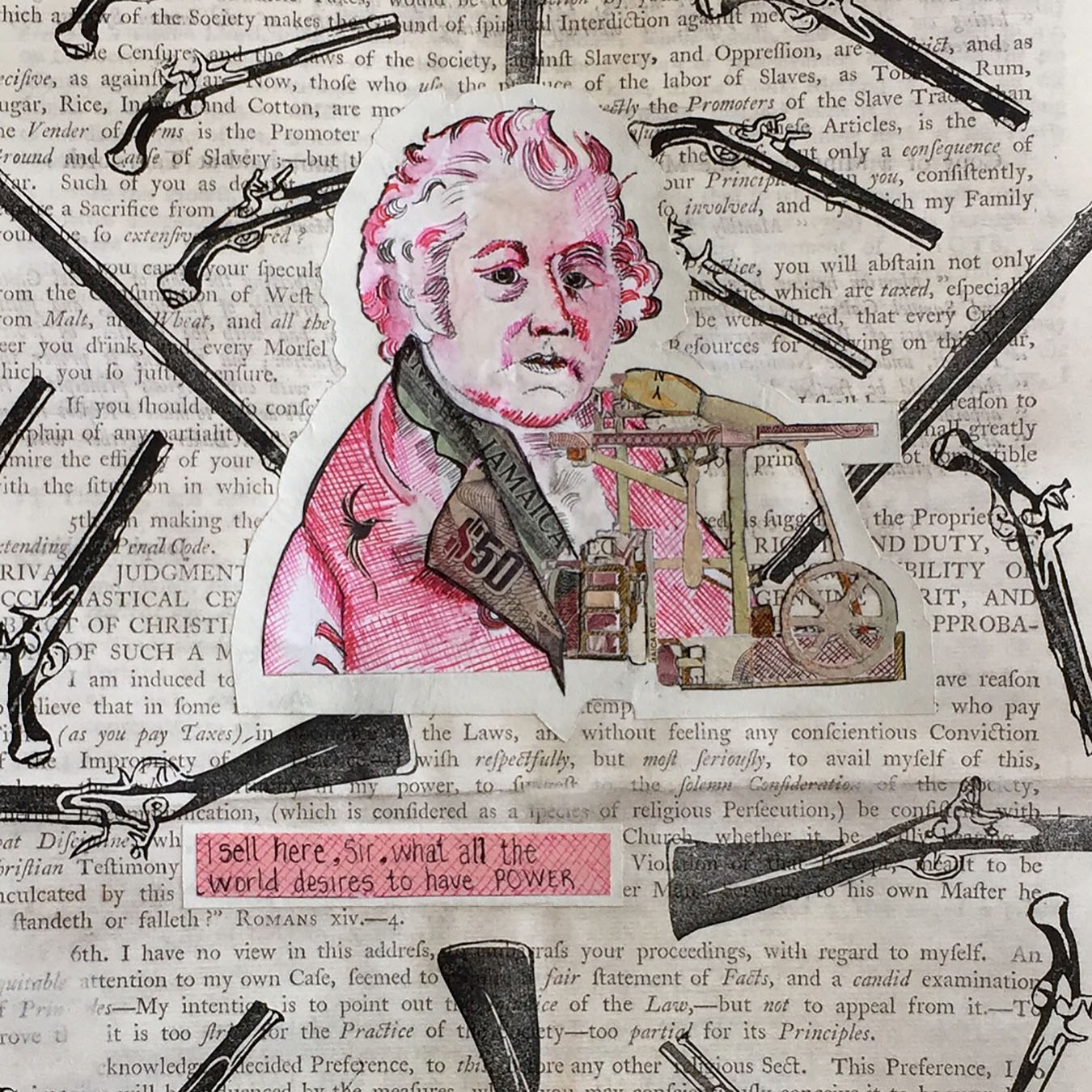 "Matthew Boulton and Samuel Galton Jnr. worked and made money together in 18th and 19th Century Birmingham. Though Boulton is famed for his work striking coins and Galton for his market-cornering of gunmaking, these industries were inextricably linked.

Guns were money, possessing intrinsic metallic value in an era when currency was scarce, and forming a vital part of global trade, where they were used to purchase commodities (including slaves) and diplomatic loyalty in a era of aggressive European expansion.

Galton was expelled from the Quaker Society of which he was a member for the role his industry played in promoting war and the trafficking of slaves. Galton’s defense, the text of which provides the base of this work, unexpectedly highlighted that all consumers of goods produced by exploited peoples (such as sugar) – and all tax-payers to governments waging war – were complicit in structures of institutional oppression.

History is often understood as the stories and actions of heroes and villains; we find the faces of both on our money today. Understanding instead how many more individuals are complicit in the structure of oppression provides us with a far more powerful means of dismantling it.

Linocut and collage.
Adinkra are a series of Ashanti symbols.

Owuo Atwedee, a four-runged ‘ladder of death’, is a reminder of mortality and the importance of living a moral life." 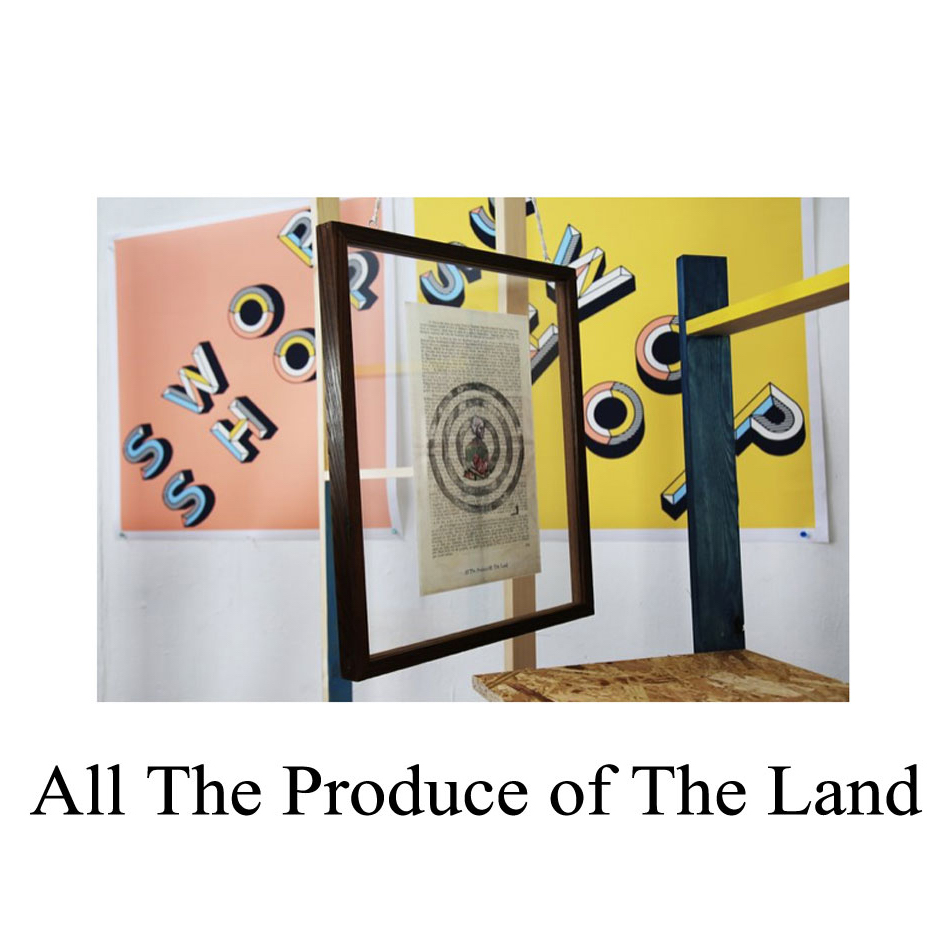 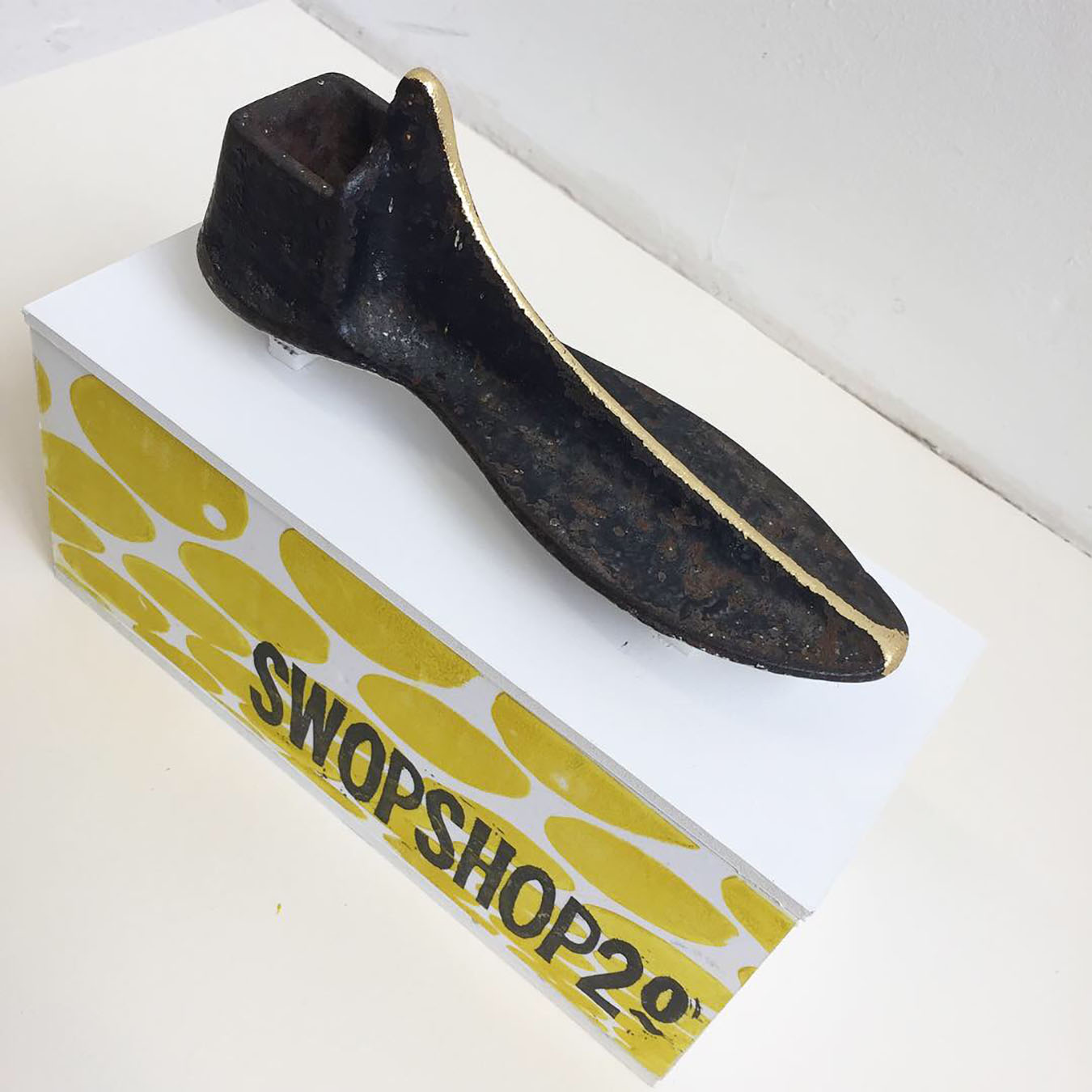 A continuation of our thought surrounding economies and systems of exchange from the first round of SWOP SHOP, one of the first ideas that came to us when considering our donation of a cast-iron foot was The Invisible Hand.

A term coined by the ‘founding father of economics’, Adam Smith, the Invisible Hand refers to the unintended social benefit deriving from self-centred economic activity. Smith’s belief that pursuing selfish interests would indirectly benefit wider society more than if one intentionally acted to benefit society was central to the development of capitalism as an economic system, and remains one of its foundation stones today.

In line with our past academic and artistic work, we wanted to brush this accepted narrative against the grain. Though the invisible hand, and the idea that acting for our own benefit will invariably help others is an attractive one, consumer capitalism possesses a flipside; an iron foot which outsources labour to parts of the world with the worst labour rights laws, transferring the cost of cheap consumer products disproportionately onto women of colour, whilst also ravaging the natural environment. We have chosen to display the foot as a consumer product in its own box, just one of many consumer products members of the public will be looking at and taking away from the Selfridges building that day.

The foot itself is decorated with imitation gold leaf, representative of capitalism’s very successful attempts to present itself as something attractive and valuable. The side of the box is decorated with a motif reminiscent of the Selfridges building’s iconic exterior, the golden coin-shapes referencing the deceptive concept of trickle-down economics, one of Adam Smith’s greatest legacies.

The bottom of the foot features a transfer of Exodus 18, achieved through a DIY product called caulk. This is a reference to the theological teachings of Calvinism, which have featured in some of Joyce’s past work. Max Weber notably credited the emergence of modern capitalism with the Calvinist ‘Protestant Work Ethic’ of Northern Europe, and capitalism’s spread throughout the world was closely linked with the movement of missionaries during the era of colonial expansion and conquest. 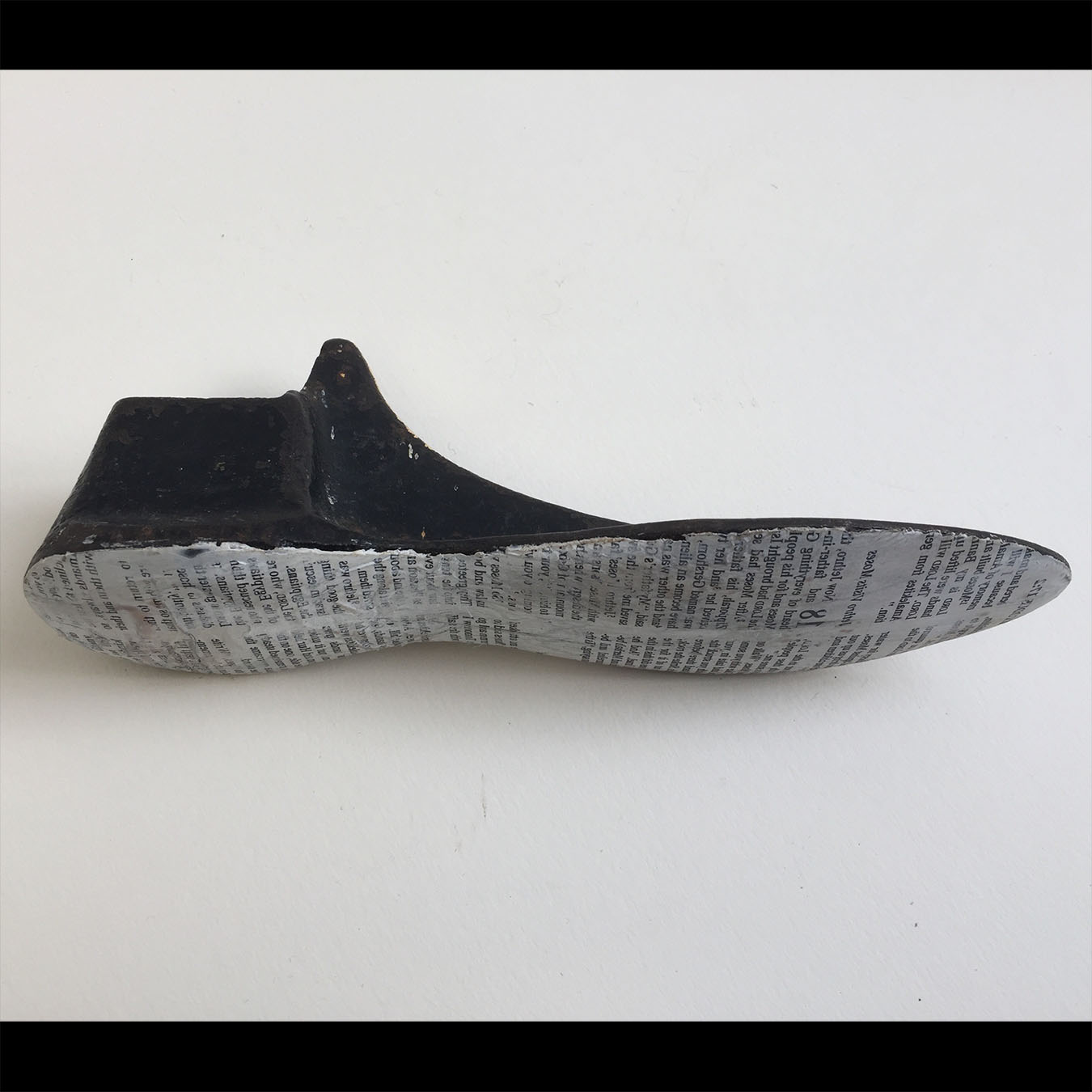