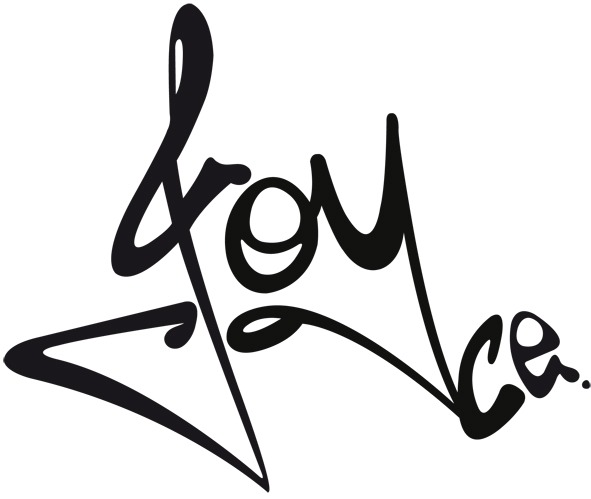 As a consequence of the black studies course material and a collaboration with Luke Sewell, our art object All The Produce of The Land will be on show for Tate Liverpool Swop Shop exchange programme. The project has been programmed by Birmingham City University, a Tate Exchange Associate, with support from Selfridges. As featured on Tate Liverpool, Swop Shop  website page.

“All the Produce of the Land is an art object which interrogates the manufacture of guns and money, how the two are so strongly linked, particularly in Birmingham, and the role Birmingham-made guns played in the trafficking of humans from West Africa to the Caribbean.

The work features Samuel Galton Jnr’s defence of his gun making business before the Quaker Society of Friends - a self-serving excuse which unexpectedly highlighted a much wider complicity in systemic oppression throughout society. Also featured are two characters on our money - Matthew Boulton, Galton’s associate who minted money for over half the world, and Queen Nanny of the Maroons, an Ashanti woman who led a slave revolt against the British and became a Jamaican national hero.
All the Produce of the Land will be on display at Tate Liverpool from 28th July – 1st July as part of Tate Swop Shop an art event aimed at exploring notions of value and exchange.“ Luke Sewell.

For further information on how you would go about obtaining this object, where no money is exchanged, please visit Tate Liverpool online here to learn how the exchange program works.

For further details regarding all the art objects, please visit BCU website.

Gone With The Wind by Joyce Treasure is a nod to the epic civil war film set in Atlanta Georgia, Gone With The Wind, starring Vivien Leigh and Clarke Gable. Given the civil war setting of the movie, there are few roles or scenes that depict the authentic struggles of black people in the south. The most notorious is the role of Mammy played by Hattie McDaniel. Her supporting role made her the first African American women to win an Oscar in 1940. In contrast, a special concession was made for Hattie, so she could accept her award at The Ambassador’s Coconut Grove nightclub, as there was a strict no blacks policy. Civil rights leaders at the time criticized her for taking stereotype roles. She is quoted as saying, “I’d rather play a maid and make $700 a week than be a maid and make $7.” Given the influence films have on our psyche, academics such as  Kehinde Andrews in his journal ‘‘The Psychosis of Whiteness: the celluloid hallucinations of Amazing Graze and Belle" argues that such narrow, cliched and false narratives are problematic. Stating that "Whiteness is a process rooted in the social structure, one that induces a form of psychosis framed by its irrationality, which is beyond any rational engagement".  (Andrews, 2016)

Many historical narratives depicted through film and education have been told from a White or western perspective. With that in mind, my question would be to ask, where does that leave us?  C Wright Mills’ “Social Imagination” encourages us to examine such structures that serve only a few and to look away from our daily lives and see the world through a “new lens”. In this assemblage piece, I have attempted to draw on the notion of Black narrative told through the White gaze by placing a cowrie shell into the mouth of the doll. Cowrie shells were once a trade currency in Africa trading in slaves, gold and other goods. The yellow felt represents the improvement of mental agility and enlightenment. The bird's head represents freedom.

Here is the opening chapter to the story Gone with The Wind that I have used on the assemblage. The film was adapted from Margaret Mitchell novel first published in 1936.

Scarlett O’Hara was not beautiful, but men seldom realized it when caught by her charm as the Tarleton twins were. In her face were too sharply blended the delicate features of her mother, a Coast aristocrat of French descent, and the heavy ones of her florid Irish father. But it was an arresting face, pointed of chin, square of jaw. Her eyes were pale green without a touch of hazel, starred with bristly black lashes and slightly tilted at the ends. Above them, her thick black brows slanted upward, cutting a startling oblique line in her magnolia-white skin — that skin so prized by Southern women and so carefully guarded with bonnets, veils and mittens against hot Georgia suns.

Seated with Stuart and Brent Tarleton in the cool shade of the porch of Tara, her father’s plantation, that bright April afternoon of 1861, she made a pretty picture. Her new green flowered-muslin dress spread its twelve yards of billowing material over her hoops and exactly matched the flat-heeled green morocco slippers her father had recently brought her from Atlanta. The dress set off to perfection the seventeen-inch waist, the smallest in three counties, and the tightly fitting basque showed breasts well matured for her sixteen years. But for all the modesty of her spreading skirts, the demureness of hair netted smoothly into a chignon and the quietness of small white hands folded in her lap, her true self was poorly concealed. The green eyes in the carefully sweet face were turbulent, willful, lusty with life, distinctly at variance with her decorous demeanor. Her manners had been imposed upon her by her mother’s gentle admonitions and the sterner discipline of her mammy; her eyes were her own.

On either side of her, the twins lounged easily in their chairs, squinting at the sunlight through tall mint-garnished glasses as they laughed and talked, their long legs, booted to the knee and thick with saddle muscles, crossed negligently. Nineteen years old, six feet two inches tall, long of bone and hard of muscle, with sunburned faces and deep auburn hair, their eyes merry and arrogant, their bodies clothed in identical blue coats and mustard-colored breeches, they were as much alike as two bolls of cotton.

Outside, the late afternoon sun slanted down in the yard, throwing into gleaming brightness the dogwood trees that were solid masses of white blossoms against the background of new green. The twins’ horses were hitched in the driveway, big animals, red as their masters’ hair; and around the horses’ legs quarreled the pack of lean, nervous possum hounds that accompanied Stuart and Brent wherever they went. A little aloof, as became an aristocrat, lay a black-spotted carriage dog, muzzle on paws, patiently waiting for the boys to go home to supper.

Between the hounds and the horses and the twins there was a kinship deeper than that of their constant companionship. They were all healthy, thoughtless young animals, sleek, graceful, high-spirited, the boys as mettlesome as the horses they rode, mettlesome and dangerous but, withal, sweet-tempered to those who knew how to handle them.

Although born to the ease of plantation life, waited on hand and foot since infancy, the faces of the three on the porch were neither slack nor soft. They had the vigor and alertness of country people who have spent all their lives in the open and troubled their heads very little with dull things in books. Life in the north Georgia county of Clayton was still new and, according to the standards of Augusta, Savannah and Charleston, a little crude. The more sedate and older sections of the South looked down their noses at the up-country Georgians, but here in north Georgia, a lack of the niceties of classical education carried no shame, provided a man was smart in the things that mattered. And raising good cotton, riding well, shooting straight, dancing lightly, squiring the ladies with elegance and carrying one’s liquor like a gentleman were the things that mattered.

In these accomplishments the twins excelled, and they were equally outstanding in their notorious inability to learn anything contained between the covers of books. Their family had more money, more horses, more slaves than any one else in the County, but the boys had less grammar than most of their poor Cracker neighbors.

It was for this precise reason that Stuart and Brent were idling on the porch of Tara this April afternoon. They had just been expelled from the University of Georgia, the fourth university that had thrown them out in two years; and their older brothers, Tom and Boyd, had come home with them, because they refused to remain at an institution where the twins were not welcome. Stuart and Brent considered their latest expulsion a fine joke, and Scarlett, who had not willingly opened a book since leaving the Fayetteville Female Academy the year before, thought it just as amusing as they did.

“I know you two don’t care about being expelled, or Tom either,” she said. “But what about Boyd? He’s kind of set on getting an education, and you two have pulled him out of the University of Virginia and Alabama and South Carolina and now Georgia. He’ll never get finished at this rate.”

“Oh, he can read law in Judge Parmalee’s office over in Fayetteville,” answered Brent carelessly. “Besides, it don’t matter much. We’d have had to come home before the term was out anyway.”

“The war, goose! The war’s going to start any day, and you don’t suppose any of us would stay in college with a war going on, do you?”

“You know there isn’t going to be any war,” said Scarlett, bored. “It’s all just talk. Why, Ashley Wilkes and his father told Pa just last week that our commissioners in Washington would come to — to — an — amicable agreement with Mr. Lincoln about the Confederacy. And anyway, the Yankees are too scared of us to fight. There won’t be any war, and I’m tired of hearing about it.”

“Not going to be any war!” cried the twins indignantly, as though they had been defrauded.